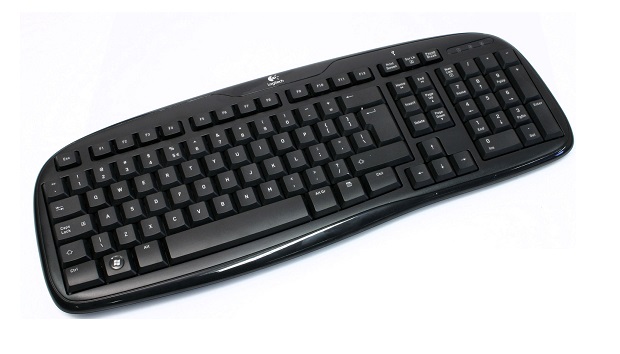 The Computer Keyboard keys are all derived from the typewriter that helps you to input texts, numbers and various other function keys can be used. There are three different types of PC keyboards are the original PC keyboard with 84 keys, the AT keyboard with also 84 keys and enhanced keyboard with 101 keys. The keys found on a Computer keyboard can be categorize as Alphanumeric keys which contains numbers and letters, Punctuation keys that has comma, period, semicolon and other keys and Special keys with function keys, control, arrow, capslock and others. Usually various Computer Keyboard contains similar keys like pageup, pagedown, home, end, insert, pause, num lock, scroll lock, break, caps lock, print screen and other keys.

There are various types of Computer Keyboard with different keys layout like a capacitive keyboard which is a register based, chiclet keyboard with elevated keys, gaming keyboard, multimedia keyboard and many more. But globally used keyboard in the English language called QWERTY which is named after the sequence of the first six letters from the top left. It has all total 104 keys that include alphabetic characters, arrow keys, special keys, numbers keys and function keys.

ESC Key is used to interrupt or cancel the current process

Tab Key helps to begin a line of text

Caps Lock Key enables or disables the letter in uppercase

Arrows Key with up, down, left and right buttons

Delete key is used to remove text, file or other objects from system

Enter key is used to send the cursor to next line

Prt Sc key helps you to take screenshot on your monitor

Page down key helps you move down the currently viewed page

End key moves the cursor to end of line, document or screen

There are four major types of Computer Keyboard used worldwide depending on their size and numbers of keys are QWERTY, AZERTY, DVORAK and QWERTZ. But there are some other types of keyboards that have different connectors, types and sizes are:-

Apple Macintosh Keyboards also called ADB keyboard as it connects to the Apple desktop bus and comes with two varieties in standard and extended which features 15 extra function keys.

Ergonomic Keyboards are broad and different shaped with spaces between two set of keys that makes you work easier.

Multimedia Keyboards are similar to standard keyboard that has several additional keys and buttons for multimedia purpose like volume, brightness and video controls

Gaming Keyboards consists of programmable keys, macro functions or digital displays that can be used for playing games. It can be connected through wire by USB and also wireless.

Membrane Keyboards are often covered by transparent and plastic shell which is mostly use in medical facilities. It can also be used in mobile or landline phones.

Internet Keyboards are specially designed for the Internet users that include special keys like e-mail launch, browser launch, home, back and forward key.

Wireless keyboards are used without connectors that can be delivered through PS/2 or USB cables by electricity.

On-screen Keyboard is a visual keyboard that is displayed on Computer screen and used instead of physical keyboards.

About InformationQ.com 204 Articles
Quality Information about the all computers or laptops, mobiles,Tablets, technology and latest electronic gadgets.