Components of a Computer

The Computer accepts Coded information through input unit by the user. It is a device that is used to give required information to the computer. e.g., keyboard, mouse, etc.

THe central processing unit consists set of register, arithmetic and control circuits, which together interpret and execute instructions in assembly language. The primary functions of the CPU are

Central Processing Unit (CPU) is often called the brain of computer. The CPU is fabricated as a single Integrated Circuit(IC) chip and is also known as Microprocessor . A CPU controls all the internal and external devices and performs arithmetic and logic operations. The CPU consists of three main subsystems; Arithmetic Logic Unit (ALU), Controls Unit(CU) and registers.

The arithmetic logic unit contains the electronic circuitry that executes all arithmetic and logical operations on the available data. It is used to perform all arithmetic calculations (addition, subtraction, multiplication and division) and logical calculation (<,>.+, AND, OR, etc). Logical unit performs comparison of numbers, letters and special characters. ALU uses registers to hold the data that is being processed.

Registers are special purpose and high speed temporary memory units. Registers are not referenced by their address, but are directly accessed and manipulated by the CPU during execution. Essentially, they hold the information that the CPU is currently working on. Registers store data, instructions, address and intermediate results of processing.

Control Unit coordinates with the input and output devices of a computer. It directs the computer to carry out stored program instructions by communicating with the ALU and the registers. It organises the processing of data and instructions.

To maintain the proper sequence of processing data, the control unit uses clock inputs. The basic function of control unit is to fetch the instruction stored in the devices involved in it and accordingly generate control signals. 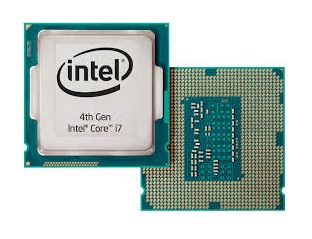 It is a targe Printed Circuit Board (PCB), Which is used in all electronic systems such as computer, calculator, digital system etc. The speed of CPU depends upon the type of microprocessor used.

Memory is that part of the computer, WHich holds data and instructions, Memory is an integral component of the CPU. The memory unit consists of Primary memory and Secondary.

Primary memory or main memory of the computer is used to store the data and instructions during
execution of the instructions. The primary memory is of two types; Random Access memory(RAM) and Read Only Memory (ROM).

Random Access Memory (RAM) It directly provides the required information to the processor. RAM is a volatile memory. It provides temporary storage for data and instructions. RAM is classified into two categories.

Read only Memory (ROM) It is used for storing standard processing Programs that permanently reside in the computer. Generally, designers program ROM chips at the time of manufacturing circuits. ROM is a non-volatile memory. It can only be read not written.

ROM is classified into three categories

The features and functionality of a bus are as follows

The main circuit board contained in any computer is called a motherboard it is also known as the mainboard or logic board or system board or planar board. The biggest piece of silicon housed in the system unit of a computer is motherboard.

All the other electronic devices and circuits of computer system are attached to this board like, CPU, ROM.

RAM expansion slots, PCI slots and USB ports it also includes controllers for devices like the hard drive, DVD drive, keyboard and mouse. In other words, motherboard makes everything in a computer work together. 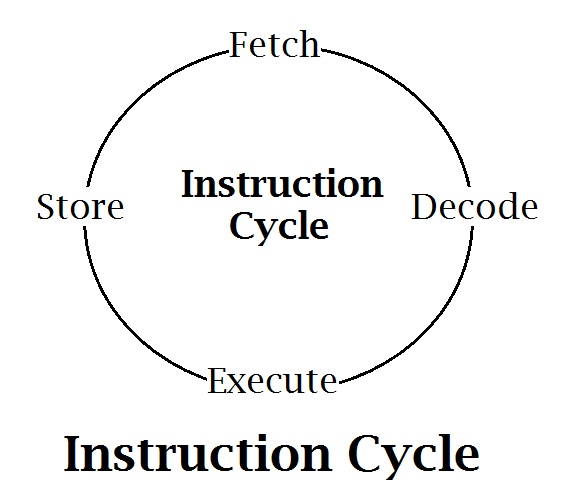 The instruction cycle represents the sequence of events that takes place as an instruction is read from memory and executed.

A simple instruction cycle consists of the following steps

Computer understands instructions only in terms of 0s and 1s, which is called the machine language. A computer program is a set of instructions that describe the steps to be performed for carrying out a computational task. The processor must have two inputs; instructions and data.

The instructions tell the processor what actions are needed to be performed on the data. An instruction is divided into two parts; operation (op-code) and operand.

The op-code represents action that the processor must execute and the operand defines the parameters of the action and depends on the operation.