A computer is one type of machine manage different kinds of programs to perform useful tasks to the users. Computer gives proper response to the users through the set of instructions arranged in proper order. It has storage capacity along with execution benefits. Computers can perform both complex and simple operations. Based on types of actions, computers design in several formats with hardware and software specifications. Computer contains wires, transistors, circuits, hardware parts and etc. Computer designs with both software and hardware. Software is a process of preparing program through instructions and data. General computers made with following types of components in hardware.

Central Processing Unit maintains three kinds of activities to store the data and processing data with several kinds of operations. PU is major part to the computer that tells about the computer to perform which task for every time.

Memory is one part that store data, programs and etc. It categorized into several types those can work at special purpose.

Devices which is useful to provide input data to the computer that will be processed to provide output from other devices.

Input devices give input to the computers. After process the data of input the proper output will release to the users from output devices. 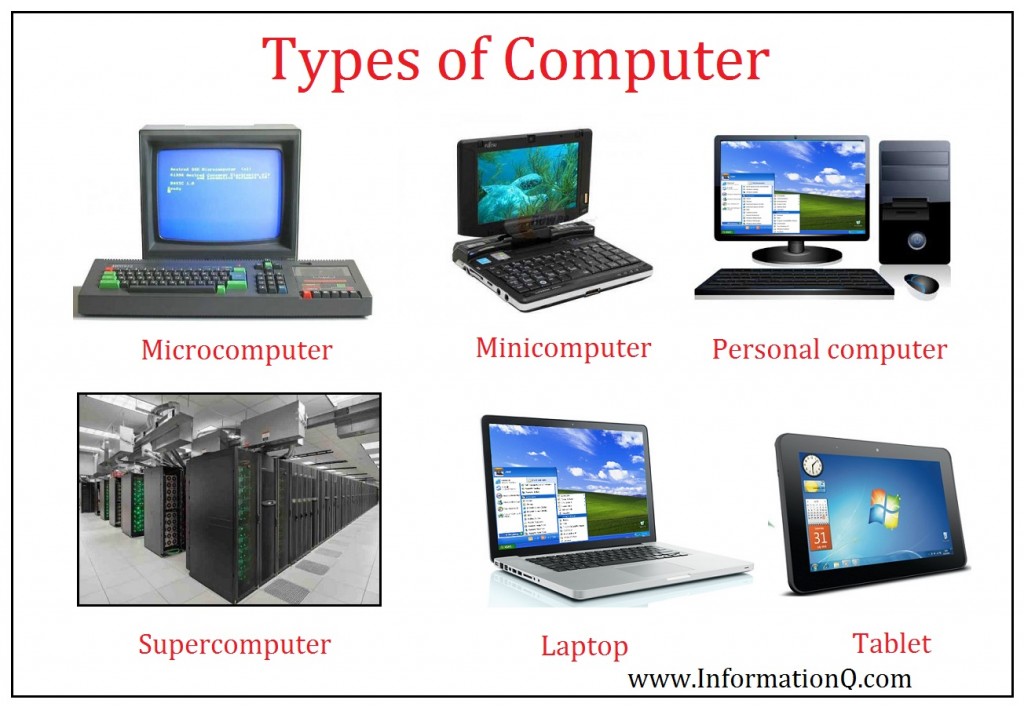 It maintain above list of hardware and software components. It can be defined as a small that range up to the limited pounds. It appeared in the year of 1970’s that work with small CPU, RAM and memory chips. It is useful to the word processing, accounting, desktop, database management applications and etc. Number of home users use this software for play games and learn anything from internet easily.

Personal computer maintains several kinds of computers such as following.

It is a midsize computer useful in work stations that can cover 200 users simultaneously.

It designs forengineering applications SDLC and various kinds of applications with moderate power and graphic technologies. It generally maintains high storage media along with large RAM. Workstation only work by the UNIX and Linux operating systems. It has several types of storage media that maintain both diskless and disk drive workstations.

Supercomputer is best fastest computer in world that is very expensive. It work based on mathematical calculations so, everything work well with simple procedure. Supercomputers deals with scientific simulations, animated graphics, electrical design, perform dynamic calculations and etc.

About InformationQ.com 203 Articles
Quality Information about the all computers or laptops, mobiles,Tablets, technology and latest electronic gadgets.