A Desktop Computer is a type of personal computer used to process the tasks given by the users. The desktop computer is a combination of various input and output devices such as Monitor, Central Processing Unit (CPU), Keyboard, Mouse, Printer, Scanner, Mother Board, and others. When you compare the task execution of best desktop computers with the human, then personal computers will take very few minutes to finish the task. The desktop computers are stick to one place; you can’t take it everywhere you go because it requires the power supply and table/desk to place the system. The users can add/remove any devices like the floppy disk drive, USBs, Speakers, etc.

Before the invention of the desktop computers, there was the minicomputer which is equal to the size of more than one refrigerator. After that, the next generation computers are developed, which takes more time to execute a single task. Moreover, the space which took by these computers is equal to the size of the room. The very first programmable desktop computer (Olivetti Programma 101) developed in the late 1960’s, which resembles the typewriter.  In the year 1972, the new generation of computers along with the BASIC programming language evolved. 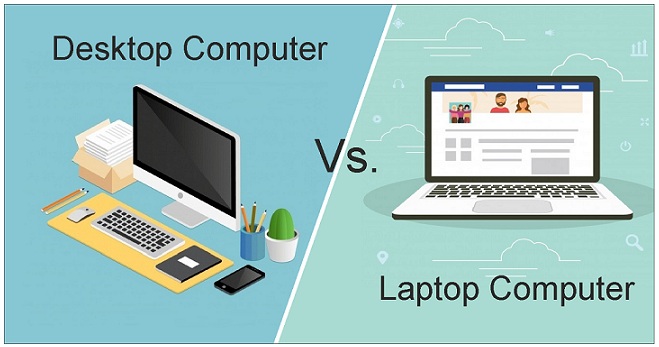 Coming to the first generation computers which were launched in 1977 are Apple II, TRS-80, and Commodore PET. In the following two decades (1980’s and 1990’s), the personal computers played a crucial role and from that, the IBM PC placed in the first place. And next, the developers designed the next generation of computers with less-sized and more powerful in executing the tasks. Like this, the desktop computers are evolved and played an important role.

Up to the mid-2000s, the desktop computer plays an important role in executing even the complex tasks. But after the middle years of the 2000s, there was a downfall in the usage of personal computers because of the evolution of laptops. The origin of laptops made the decline of the desktop or personal computers. A laptop is an all-in-one device which packs everything in one single device that is a keyboard, CPU, mouse, DVD writer, etc. There are many differences when we compare the desktop computers with the laptops. First, the laptops manufactured by Asia-based developers namely the Foxconn.

Comparison of Desktop Computers and Laptops:

The Price of desktop computers is very less than the laptops. The users can easily afford the price of personal computers because the starting range is very low. When comes to the laptop, it depends on the manufactured company and even the start price is too high.

Like laptops, the users cannot move and take-and go the desktop computers to wherever they want. In this case, the laptops are very handy when compared to the PC. The PC requires power supply, desk, or table to use but for the laptop, you can charge it and there is no need of any desk, you can work by placing it on anywhere.

In the case of desktop computers, you can connect the keyboards and mouse as the output devices. But in the laptops, those devices included in the laptop itself.

The screen size of the desktop computers is very large when compared to the laptop. The range of display size of the laptops starts from 10 inches to 17 inches but the range of PC is beyond the 19 inches. You can enjoy the big screen while working with the PCs.

In order to work with the desktop computers, you need a continuous power supply which means, you have to plug the cable to main power supply units. If any power cuts, then you can’t work with the PC. When comes to the laptops, you can work continuously once the battery charged fully. Even you work by charging the battery, it helps when there is a power cut problems.

When you encounter a problem whether it is an internal or external, the problem can easily solve in case of desktop computers when compared with the laptops. The cost to solve the issues in PC is comparably low in case of desktops.